I knew that Florence Ada Keynes had a bit of a struggle to get the current guildhall in Market Square built, but I didn’t realise just how much of a hard place the people of Cambridge placed our 74 year old former mayor in. 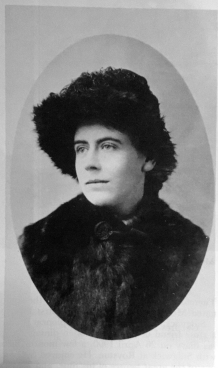 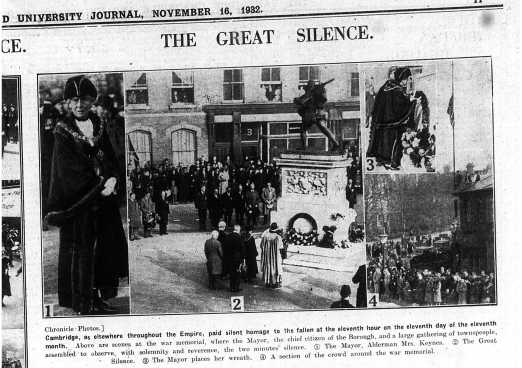 Florence in the early 1880s before her civic work started, and Florence as Mayor of Cambridge at Remembrance Day commemorations.

The Guildhall she built – or rather, was the chair of the committee that oversaw the design, budgeting and construction of, is this one.

Before that was built, we had the pokey little Shire House that faced onto Market Square.

Pokey and uninspiring – Shire House, Cambridge Via the Museum of Cambridge.

Now, Cambridge had spent the best part of 80 years trying to work out what to replace that little building with – the story is in previous blogposts. The thing that saddened me is that we didn’t get Belcher’s masterpiece of 1898.

This was voted down by ratepayers of the city after councillors bottled it on whether to increase the rates or not. Naturally the voters said ‘no’. This is why the Coalition transferred the final say on council tax increases over to ‘local referendums’ in 2010. Given the statutory duties (things councils have to do because the law says so) combined with big cuts to council budgets, ministers know that there is no way any local authority electorate will vote for a rise. This in part is what happened here – minus the ministers bit.

What I didn’t know was that one of Cambridge’s heroes – Sir Horace Darwin, was heartbroken (or rather, incredibly disappointed) that we didn’t get this design of a guildhall.

Florence mentions Worthing Town Hall being built in a similar style by the same architect, but we didn’t get the pillars/columns in our one. The thing is, this is what residents first saw with the new designs. 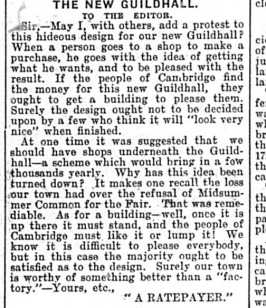 Here are some examples of what people thought of the designs – they were not a happy bunch, even though ultimately Florence got her way. As a result of the furore, you got every Tom, Dick and Cholmondeley writing in with their even worse sketches of what the new guildhall should look like.

Even less inspiring – a couple of drawings sent into the Cambridge Daily News – in the Cambridgeshire Collection’s microfiche archive.

The problem Florence’s opponents had was that they couldn’t agree themselves on what the alternative should be.

So STD Moon, (does anyone know who he was?) the in house satirical artist had a field day. (Was it Sid Moon who went onto sketch for the Sunday Dispatch?) 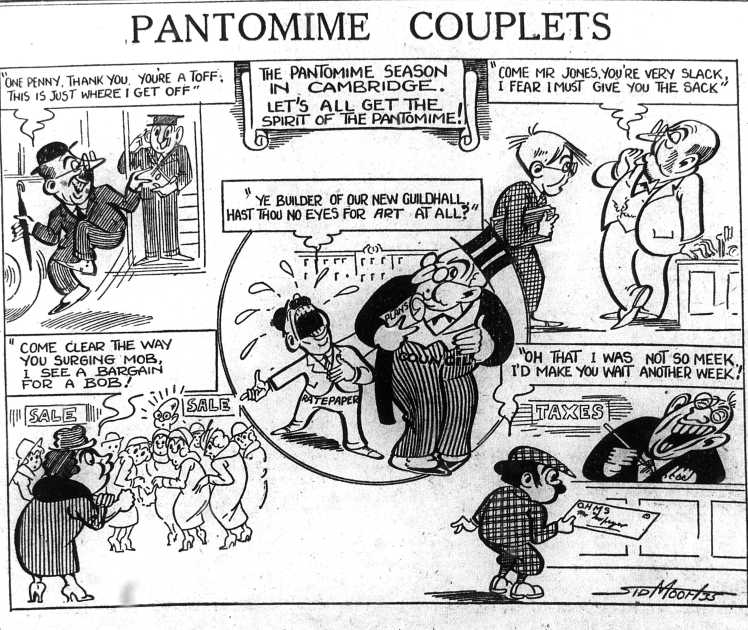 …as the public complained about the plain design…

…while the number of different sketches submitted got out of control…

…thus leaving the pigeons of Market Square in a bit of a flap.

Are we due a new guildhall?

I wouldn’t day a ‘new’ one, but the existing one could do with a bit of a revamp, and Florence’s centenary as mayor in 2032 makes for a nice target – as I mentioned here. I’m of the view we should have a refreshed facade along the style that Belcher had, lift the existing council chamber up to the rooftop level, and put a dome on it. That way you can open a rooftop cafe on the roof that currently doesn’t have a use, while opening a state of the art lecture theatre in the void left below the council chamber. That way you have two big revenue raisers and a much more magnificent building facing the market. This also means you can also design the front with with a stage/platform suitable for performances and/or structures for big cinematic screens for outside performances on a bigger scale to what has been experimented with. That leaves the engineers to design moveable market stalls that can be put up and taken down quickly, leaving an open market in the evenings.

Well…all things have to start with someone having dreams for the future so may as well be me.