Courtesy of the Museum of Cambridge’s photo archive,  – which reminds me, they’ve revamped their website so go and have a look at http://www.museumofcambridge.org.uk/ – these are some of my favourite lost buildings.

What was the New Theatre and the Cambridge Daily News’ print works. On Regent Street, now an office block with Sainsbury’s and Maplin how reside there. 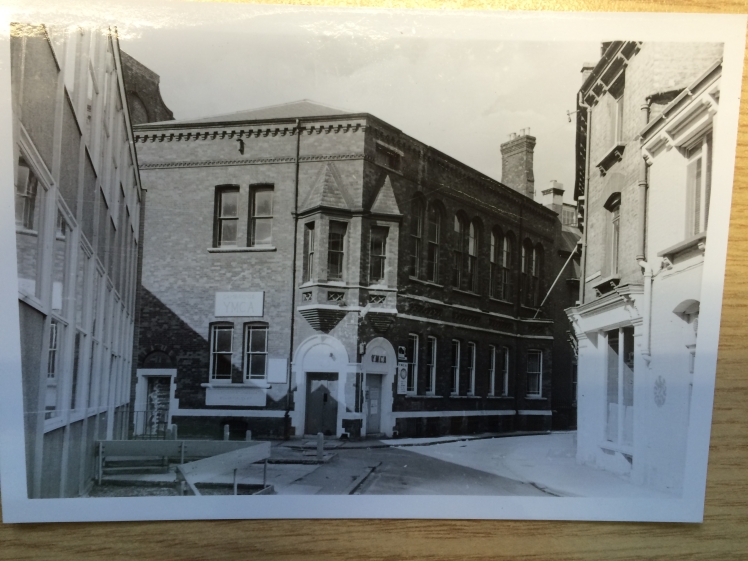 The old YMCA building the site of which sits somewhere underneath Lion Yard and Grand Arcade, this part of town in my view should have been renovated rather than demolished and turned into a bland identikit shopping centre.

A frosted window from the old Lion Hotel off Petty Cury

From Britain From Above, the old gas works where Tesco now has a supermarket. note the brickworks below Newmarket Road – now a retail car park.

The old court house on Castle Hill – I’d love to see this rebuilt, hosting an expanded Museum of Cambridge. The old Wesleyan Methodist Church. One of the largest methodist chapels in Cambridge at the time, this one should have been saved. But the church, due to shrinking congregations has been relinquishing sites over the decades – this being one of them.

The old Wesleyan Chapel on Hobson Street. This was demolished to make way for County Hall in 1913. 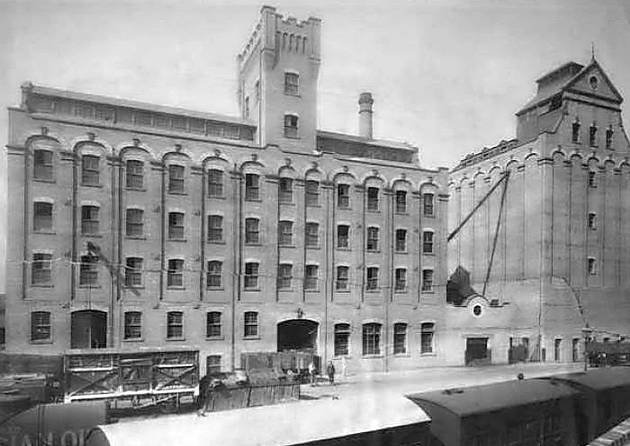 The old mill silo on the right by Cambridge Railway Station. It burnt down in very suspicious circumstances.

The old Rendezvous cinema and night club. When refurbished it looked like one of the most glamorous places in town. Demolished by the county council in 1979. 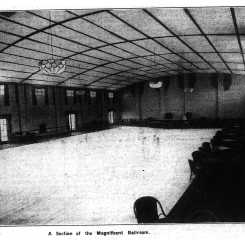 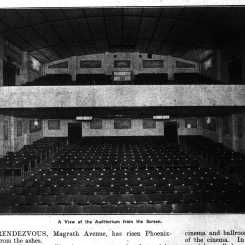 Above – the interior of the Rendez-vous night club after its refurbishment in 1932. Click on the images for details. These images are from the Cambridgeshire Collection’s newspaper microfiche archive. Visit them on the 3rd Floor of the Central Library.

The old Cambridge Corn Exchange, which later became a shopping arcade and then a garage. Demolished to make way for redevelopment for the Lion Yard.

St Andrew’s Hall and the Bun Shop Pub on the right. Demolished as part of the Lion Yard redevelopment – again both should have been preserved.

The Round House – a lecture hall for science experiments, demolished to make way for the museums on the Sedgewick site on Downing Street, Cambridge. 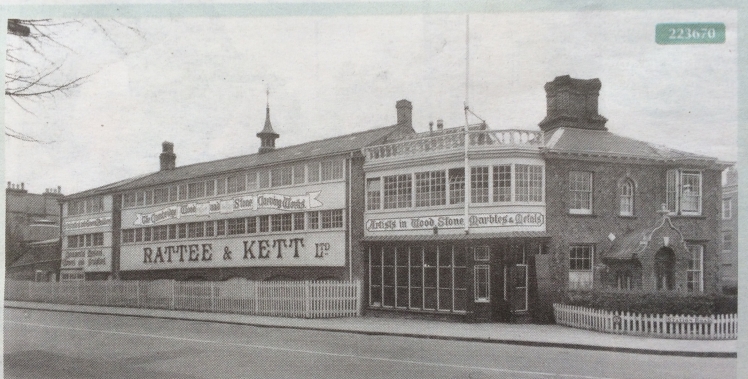 Rattee and Kett Building on the corner of Station Road. Replaced by a bland office block. 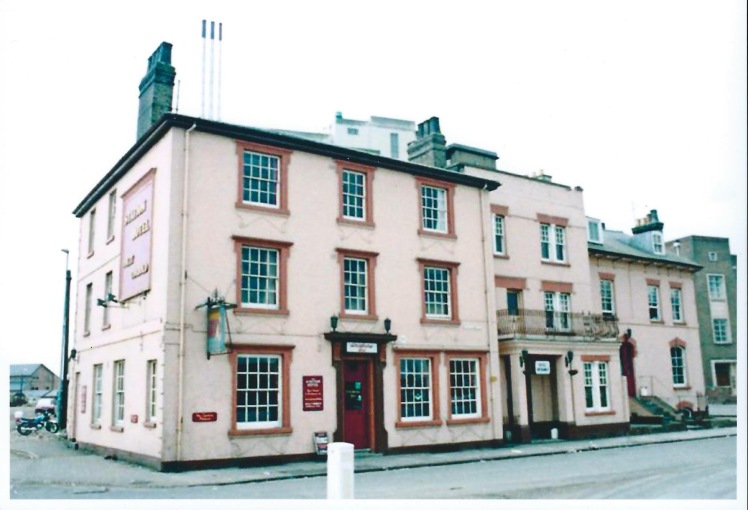 The old station hotel by Cambridge Railway Station – described by one old timer as the place where dreams went to die!

The Alley Boutique – what must have been the coolest shop in the city. Can we have it back please? Last seen somewhere under Lion Yard.

This is actually the corner of Hills Road and Brooklands Avenue. I vaguely remember these in the early 1980s before they were demolished to make way for offices – which remained unoccupied for decades as they were completed just as the UK headed into the recession of the 1990s.

The corner of Downing Street & St Andrew’s Street where John Lewis now is, a fine example of Edwardian Offices that again should never have been demolished given what replaced it.

Above is the old post office building on St Andrew’s Street. Quite a landmark and far more interesting than the nightclub and shops of the new Lion Yard complex that replaced it.

On Mill Road where Sally Ann’s is used to be the Playhouse Cinema with it’s wonderful facade. When it was demolished, the whole building looked like it had its soul ripped out of it. It was this image that kicked off my research on ‘Lost Cambridge’ – trying to find out why it happened and who tried to stop it. 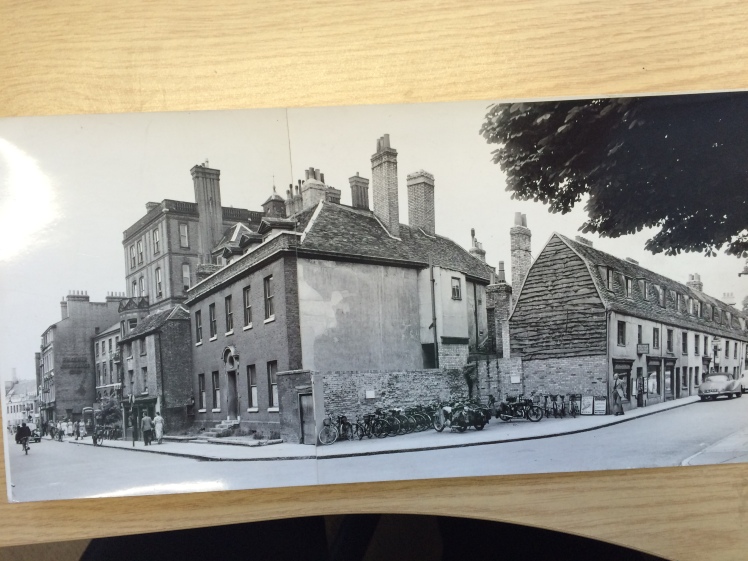 A wonderful panorama of the corner of St Andrew’s Street & Emmanuel Street. I can understand why all of these buildings got demolished – commercial pressures in post-war Cambridge, but what has replaced them can hardly be described as more interesting & diverse.

The above is the old Eden Baptist Church. It was incorporated into the Grafton Centre in the early 1980s, with a new chapel built on the corner of Fair Street and Fitzroy Street as the latter was pedestrianised. It seems strange now to see both Fitzroy Street and Burleigh St to the right as being drivable roads. 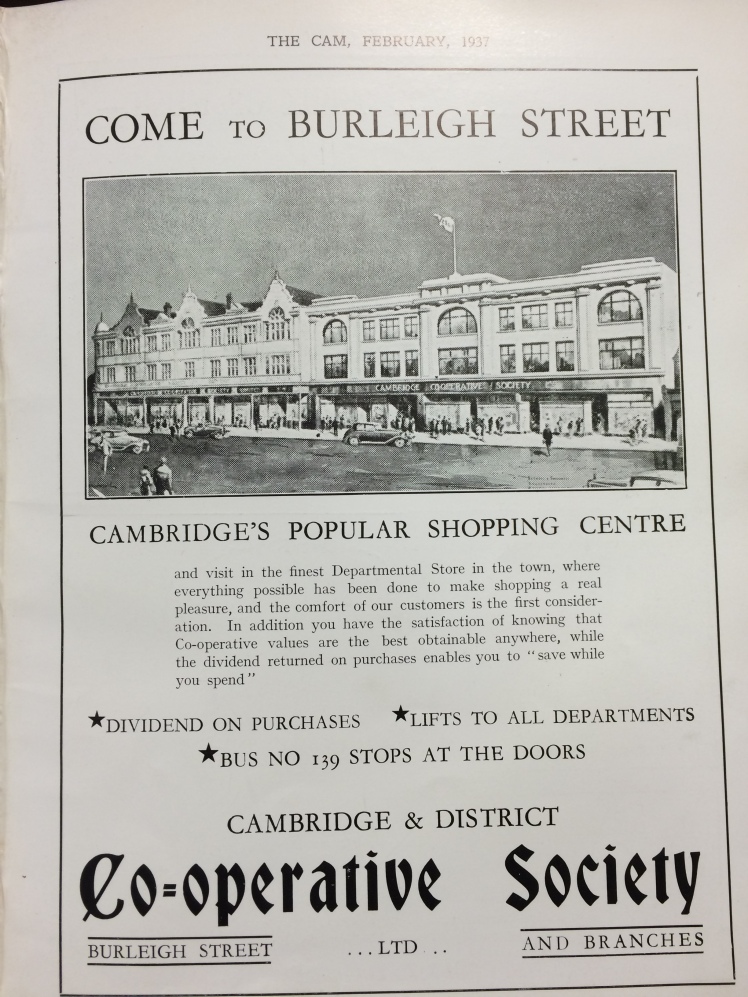 And finally, the old Co-op buildings which were sold off and ultimately demolished to make way for a temporary John Lewis building (while Grand Arcade was being built) and now occupied by Primark.