One ***huge*** omission from the Greater Cambridge City Deal is the failure to have commissioned or completed any historical analysis of what happened with previous plans. My findings from the Cambridgeshire Collection will make for interesting reading.

They can’t say I didn’t ask them:

It’s not like there’s a shortage of people or groups that could advise –as the list at the end of this blogpost shows. I’ve been trying for some time to find a concise history of local government changes in and around Cambridge, and today I found a couple of council reports that do just this. I’ve uploaded a number of screenshots to this album – courtesy of the Cambridgeshire Collection. (Please support them through the Friends of Cambridge Central Library).

Cambridge in the early-mid 1800s

We were a tiny little borough. 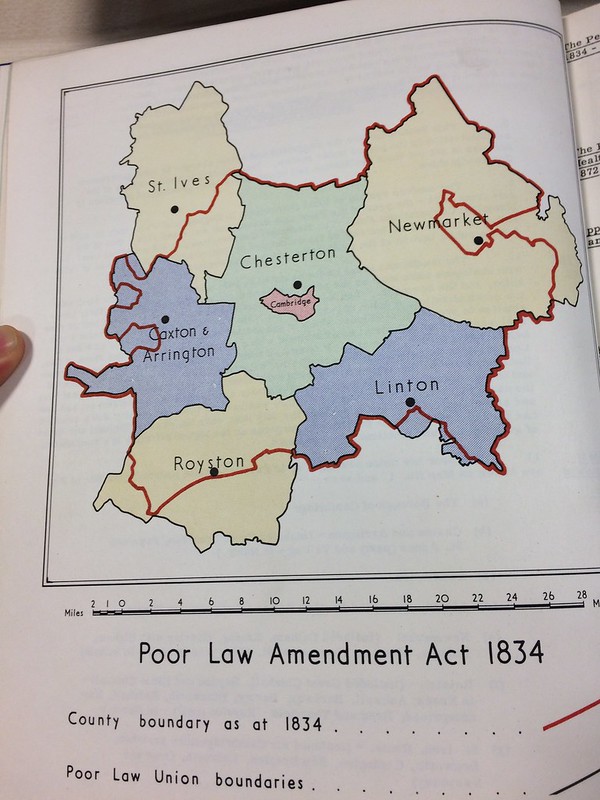 We were also this little cesspit of civic corruption too. 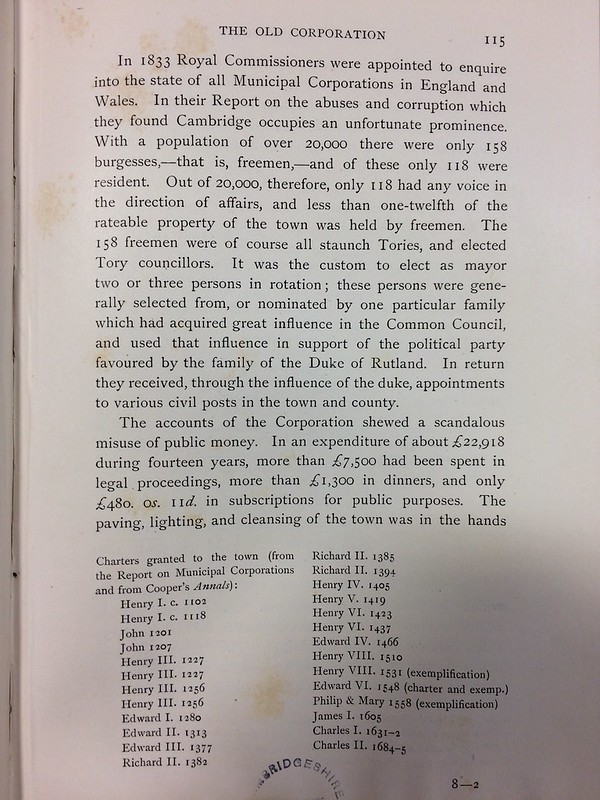 …with the Dukes of Rutland getting a mention – the dukes at the time according to their WikiP pages saying that they went to Eton and Cambridge.

I managed to get hold of my own copy of the above report, which has lovely prints that I’ve uploaded to this album. The Borough of Cambridge (now Cambridge City Council) applied to make Cambridge much bigger geographically at the same time. 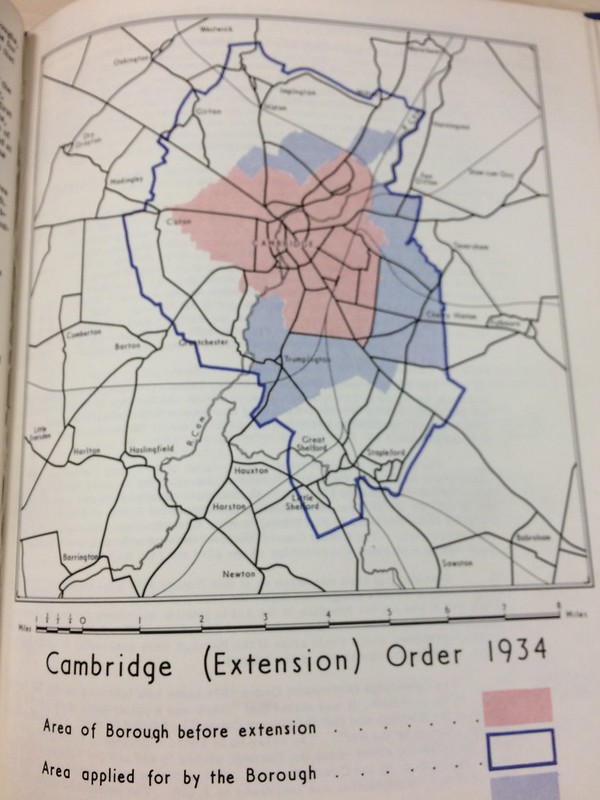 Then in 1945, Cambridgeshire was split into four 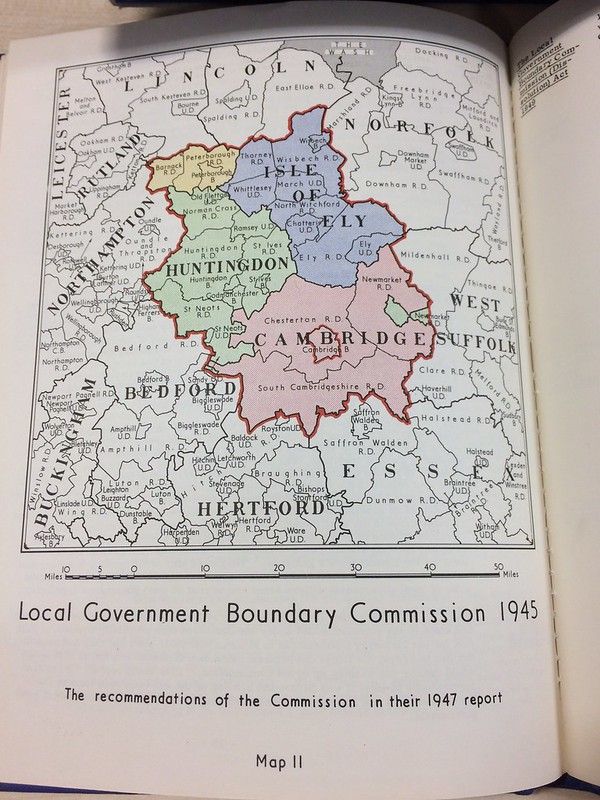 Above – Recommendations for Cambridgeshire local government 1947

The above explains why you will sometimes see ‘Cambridge County Council’ appearing in some historical books.

The map from the 2016 boundary review for Cambridgeshire shows the county as is today.

Transport – where things get interesting.

I was ploughing through the document below on all things transport as well. 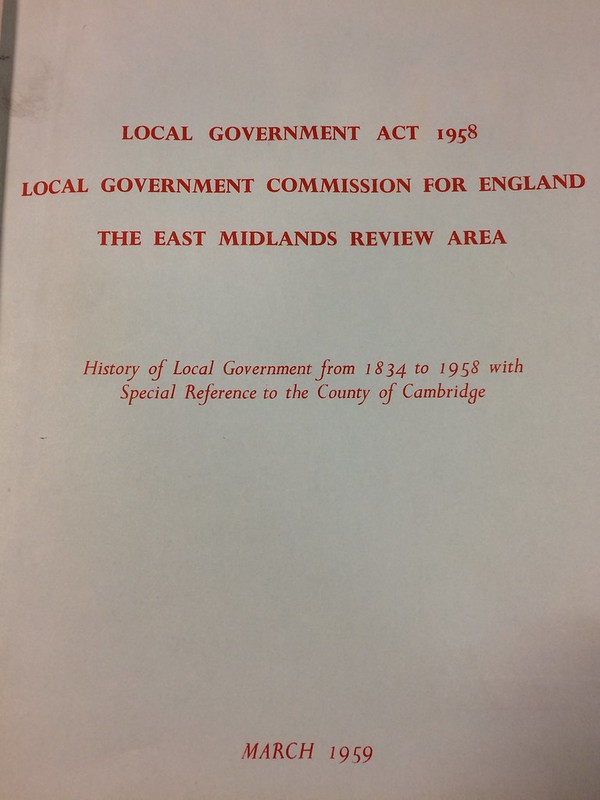 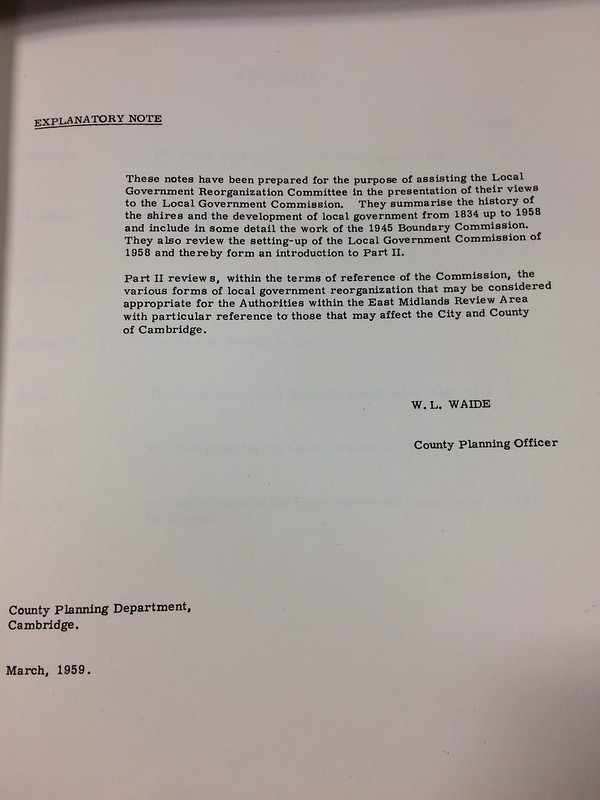 The above document produced by our county planning officer, Mr W L Waide who was also a member of the Cambridge Rotary Club.

From a separate study by Cambridge City Architect Gordon Logie, we see a number of very imaginative proposals that were understandably of its time, being pro-car, but not entirely.

The most interesting map I’ll leave you with for this bit is the proposals for a Cambridge Cycle Network. 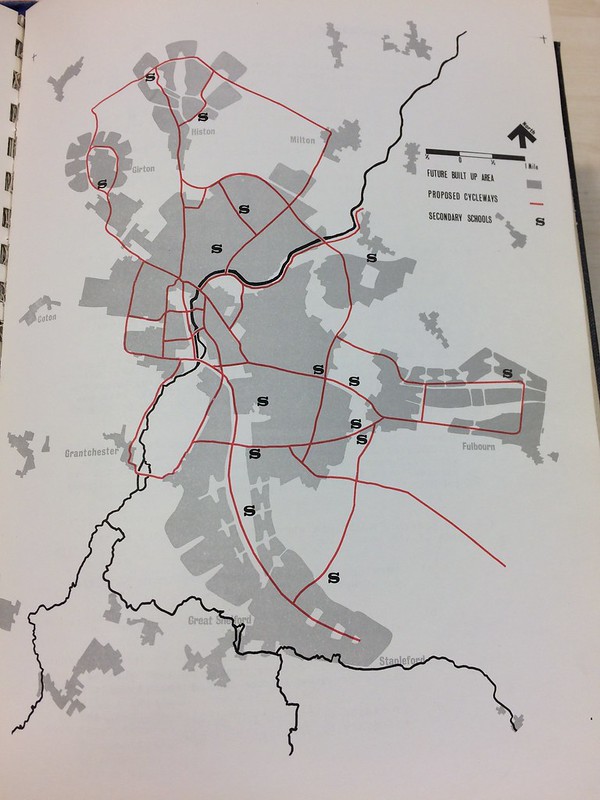 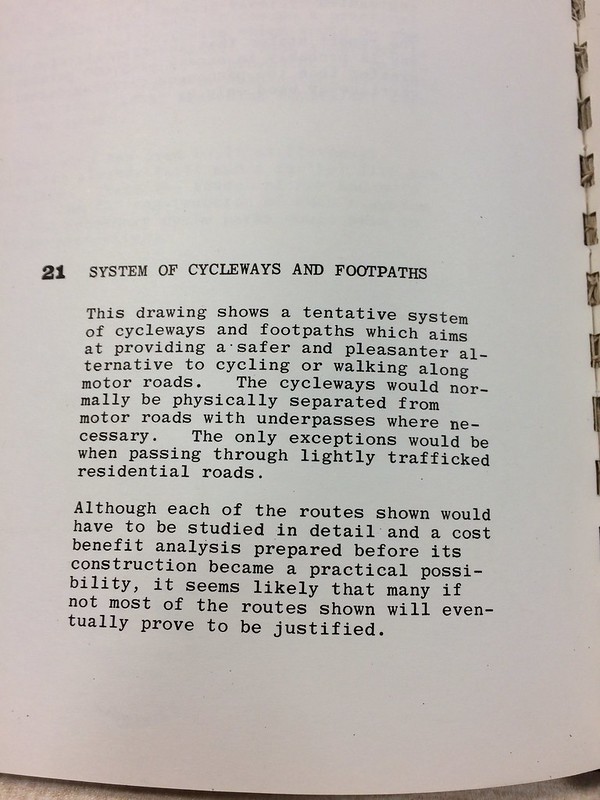 One for the Cambridge Cycling Campaign?

I’ll finish with a moan about local government communications.

They are already digitising and publishing a number of very interesting historical works – such as the Holford Wright report here. But because their communications teams are not talking to their planning teams, they have completely missed out the opportunity to publicise a whole host of both interesting and useful documents. Have a browse through this lot – core documents from their local development framework. The survey of language schools in Cambridge could be incredibly informative to local residents – see here. They’ve done the hard work digitising it. Why is publicity so difficult?